Note: Members with a paid subscription can access full Spotify playlist below.

Lately, I’ve had a lot of evenings to myself, so I’ve made a concentrated effort to watch as little TV as possible and instead get back to reading and working on projects that I’ve been putting off. That’s why I’ve been drawn to the Late Night Tales compilation series. It’s a bunch of mixes put together by an eclectic group of musicians who were tasked with “delving deep into their music collections to create the ultimate late night selection.” This ‘best of’ Mixcast is the perfect backdrop for when you start to wind down your day and pour the wine a little more liberally. While all the songs from this mix came from an existing release, I’m planning on creating a Late Night Tale of my own in the near future.

Chillout Mixcasts
Want to share this playlist?
The link has been copied to your clipboard! 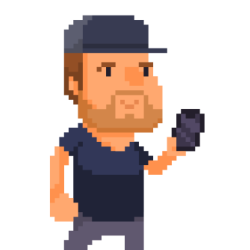 Not ready to become a paid member yet? Subscribe to our free newsletter!

Get all our latest playlists delivered straight to your inbox twice a month.
Press ESC to close.